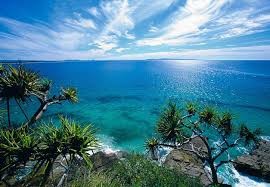 Experiences in believing in the Lord

Hallelujah, in the name of the Lord Jesus I bear testimony.

The Bible records, "You did not choose me, but I chose you." (Jn 15:16). Before I believed in the Lord, I knew there was a God who protects me, but I did not know who He was. I remember that back in my hometown in Dan-Shui, Taipei, there was a big wooden barrel used for water-heating that was connected to the chimney; it was left behind from the era of the Japanese occupation in Taiwan.

Once I was washing my hair there when the chimney pipe exploded suddenly. The broken chips flew around me but not one of them hit me. Later, when the gospel was preached to Dan-Shui, my house was often used to hold family services. Many truth-seekers received the Holy Spirit at the time. My younger sister also had the experience of spiritual song and dance.

At that time I was working in a factory away from home and had developed a bad habit of smoking. In order to receive the Holy Spirit, I made a vow to God, "From today onwards, Im going to quit smoking and read the Bible for an hour each day." As a result, I received the Holy Spirit that night. My younger brother was studying in another area and would only return home during the holidays. However, he would rather go out with his friends and rarely attended services.

One night when he was praying while lying on his bed, he heard a voice that told him to kneel down to pray, and asked him to attend services in the weekends and promised to give him the Holy Spirit. So that weekend he came back home and attended the church service, in which he received the Holy Spirit. We all wondered why he suddenly came back and attended the service. Afterwards, he testified to us the reason.

On 1st September 2001, my wife and I drove up north to Waiwera for hot springs. While driving on the motorway returning home, I suddenly lost consciousness. The car speed at the time was 100 km per hour. I regained consciousness after about ten seconds and the car was still on the road.

Thanks to the grace of Lord, He has protected us so that we were safe and at peace. I turned and looked at my wife, and she still had her eyes closed, resting and was totally unaware of how dangerous it had just been. Later I asked Dr Shen from church about what happened, and he said it was probably asphyxia of the brain due to insufficient blood supply to the head.

After this incident, I truly felt the vulnerability of mans life, and if not for Gods protection, we could lose our lives any time. The Bible records, "In me you may have peace." (Jn 16:33) "He redeems your life from the pit and crowns you with love and compassion." (Ps 103:4)

There was one year when the church held a Bible camp. My wife and I had to rush back home as we had to baby sit some children. After we got off the motorway, we heard a sharp screeching sound coming from the tyres. After getting off the car to check it, we found that the tyre had already punctured, yet we did not feel anything and had managed to drive smoothly on the motorway. We are thankful of all the unexpected peace from God.

My wife and children have forgotten to turn off the stove on a few occasions that nearly caused accidents; but thank God, we have repeatedly received peace in Him. God is our refuge; He not only gives us peace in this life, but also gives us eternal life in the future.

The abundant grace of God is uncountable. We can only work hard in divine work to show our gratitude. May all glory, honour, praises and power be given unto the name of the Lord Jesus forever. Amen.